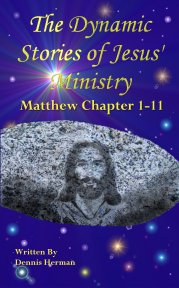 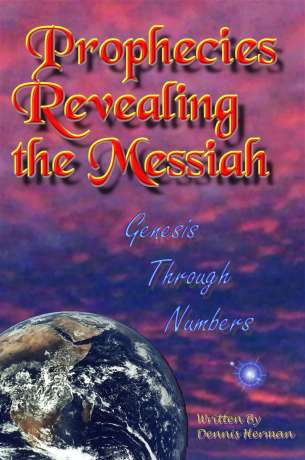 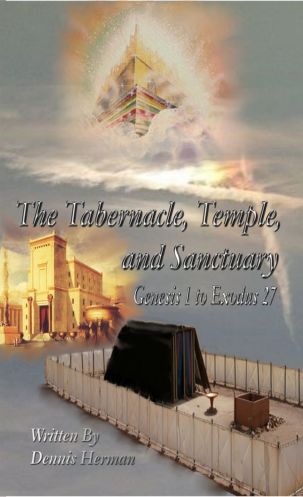 Stories and Studies by Catrgory

Based on the social media I see, it seems people like to, or want to concentrate on the negative, often bypassing a lot of the good, positive points in scripture. Like theses stories about Hezekiah and Manasseh. Many people jump over Hezekiah, the example of the good king, and jump to Manasseh, because something in that evil king may show them something prophetic about the world today. When people go into Hezekiah, their stories normally center on Assyria’s invasion, or the mistake Hezekiah made when diplomats from Babylon showed up. What about the good things Hezekiah did, and how he was able to achieve them? What about the struggles Hezekiah had to find God, and struggles God endured to reach Hezekiah? We could learn much more by dwelling on those details.

God wants us to go to Him for answers. God is waiting for us to go to Him like any son should be able to go to their father and say, “dad I need you.” God always has time for us. God wants to spend time with us. Everything in scripture points to the fact, God lives to spend time with us. So why don’t we fess up to the fact, the decision is in our hands. We need to decide if we are going to God with our problems, trying to solve them on our own, or like this example, too happy to go to human sources to see if they can offer a solution when we know, their concerns are really centered on this world trying to guess what is going to happen next. Why settle for second best, or the wrong answer when you can get the right answer in a moment, and immediately start on the solution? A major message in scripture teaches the lesson of going to God verses gong to this world for answers. This message is in one of the most popular Christians messages in our generation many people refer to as the three angels message.

And I saw another angel flying through the sky, carrying the eternal Good News to proclaim to the people who belong to this world–to every nation, tribe, language, and people. “Fear God,” he shouted. “Give glory to him. For the time has come when he will sit as judge. Worship him who made the heavens, the earth, the sea, and all the springs of water.” (Revelation 14:6-7 NLTse).

Once again, social media tends to concentrate on the outcome of the last message, jumping over the first two messages they claim are in the past, skipping over present time, and trying to jettison onto the future. That mentality results in skipping over the good, positive aspects of this three fold message into the doom and gloom concept this world placed on this series of messages. As with Hezekiah and Manasseh, what do we learn by constantly concentrating on and throwing all our efforts into only the negative aspects? What do we hope to gain by looking at only one side to the total story, examining only a few choice pieces of evidence? We need to look at the whole scene, the entire series of stories. These three, short but concise messages will show us why we need to hone our Bible Study habits.

When we look at the first part of this three part message, we have to understand it in sections to understand the whole message. What is the GOOD NEWS? Is it the Gospels, the New Testament, or a combination of the Old and New Testaments? The fact, that angel is described as, “another angel,” gives us a clue. The first angel followed another, or other angels. This tells the wise student of the Bible, this first message is a continuation of another message. In short, another signal to look back. How far back? This is a small part of the plan of Salvation. Where is God telling you to look back to? The main point is, this first part of the message instructs us to look back in scripture, not forward in earth’s history for answers.

Timing is important in every prophecy. Here we are given a specific time. “Give glory to him. For the time has come when he will sit as judge.” This prophecy is set at the time in earth’s history when Jesus was preparing to begin the judgment phase of His ministry.

The first message in this series of three messages points to a relationship with God and to a specific time in earth’s history when new information will be made clear. This world was entering a learning phase. The first angel’s message pointed to this world learning scripture in a new light. A new light means, we missed something the first time, or the twenty times we read the Bible. Time to humble ourselves and look back over every detail we’ve studied.

Then another angel followed him through the sky, shouting, “Babylon is fallen–that great city is fallen–because she made all the nations of the world drink the wine of her passionate immorality.” (Revelation 14:8 NLTse).

This world has too many interpretations to what this message means. Most fail to see how the second message is linked to the first message. If the first message is linked to learning the GOOD NEWS in a whole new light, Babylon, used here as a symbol has to be linked to the old ways the Bible had been interpreted. Once those old ways and the walls they built fall, we are ready to receive that new light and understanding. Since the first message pointed to God as the source of creation, that creation included learning and instructions. The obvious contrast would tell us, Babylon symbolizes any learning method outside God and His Spirit. It should be obvious where that new light comes from.

Any earthly city in scripture forms a link between people and this world. That can include leadership in the city, walls built for protection, and any other physical feature of a city involving protection, socialization, organization, self reliance, and trust in any entity outside of God. Wine represents a mixture. In this case the mixture is placing reliance on the physical world and God. Combining that with the GOOD NEWS, and the new light placed on scripture tells us, Babylon is made up of any and every combination of earthly and Heavenly trust, influence, and information. This message is a call to trust totally on God and no one, or nothing less.

Then a third angel followed them, shouting, “Anyone who worships the beast and his statue or who accepts his mark on the forehead or on the hand must drink the wine of God’s anger. It has been poured full strength into God’s cup of wrath. And they will be tormented with fire and burning sulfur in the presence of the holy angels and the Lamb. The smoke of their torment will rise forever and ever, and they will have no relief day or night, for they have worshiped the beast and his statue and have accepted the mark of his name.” This means that God’s holy people must endure persecution patiently, obeying his commands and maintaining their faith in Jesus. And I heard a voice from heaven saying, “Write this down: Blessed are those who die in the Lord from now on. Yes, says the Spirit, they are blessed indeed, for they will rest from their hard work; for their good deeds follow them!” (Revelation 14:9-13 NLTse).

Here is another part of scripture with a million different guesses at what it means. I’ve noticed one thing about this message. Most of the time I see people trying to interpret symbols like the beast and his statue using the world as their only source of information and proof. Or they mix a little bit of scripture with a ton of this world. People use news, history books, personal views on public offices, officials, companies, organizations, other religions, and hundreds of other sources, but not a shred of evidence their information came from Heaven.

That mark is another example of this world’s best guesses and that mixture of wine from Babylon. Forehead and hands are used for thinking, writing, and communicating. The problem is where that head gets the information from before the head tells the hand to record and share messages. Why do you think John recorded, “Write this down: Blessed are those who die in the Lord from now on.” That is the answer to all the questions in those three messages. Where did John get the messages from? Where did those angels come from? All of those point to Heaven, and God the Creator. They never have, and never will point to the wisdom of this world. But where does the world go for answers? This is really ironic. Where does the world go to interpret those messages? To Babylon when God told us to get out of Babylon, get out of this world, and away from their poisonous mixture of knowledge for answers.

As we can see, concentrating on negative aspects leads us to the wrong sources for information. When we only study negative aspects of stories or messages, we tend to stay in this world for answers, never reaching the heights of Heaven to approach God’s throne for the answers. After all, those messages and stories originated in Heaven. God never intended people to slice and dice His Word the way it is studied today. God formed those stories and recorded them in the order we have them in for a reason. God wanted us to learn from Hezekiah before we were ready to see a contrast in Manasseh. God also wanted us to see His promises of new light, and a greater understanding before this world entered a sever period of testing. Without studying the first two messages brought by those angels, Bible students are like school children taking a test without studying the subject, and concentrating on the possible outcome. The same is true whenever we take one story out of scripture without knowing what bearing the previous story has on the subject.

What can we learn when we combine the stories about Hezekiah and Manasseh? God fills the void absentee fathers create on all the levels they create. God has and always will be the Father we need to go to for answers whenever we need them. Why is it so difficult to see that answer?